The mainland of Feyarch extends from the Ardennes to the English Channel and the North Sea; besides, the Republic possesses three overseas regions as departments nowadays. Feyarch covers 50,938 square kilometers and has a population of 7,012,000. The capital in Muspeu (Muspeu [myspø], 49°53′31″N 2°17′56″E), which is the nation’s largest city and the main cultural and commercial center, is located in the southern regions.

According to The Constitution of Feyarch Republic established in YYYY, it is a semi-presidential republic, secular and democratic country with its sovereignty derived from the people.

Feyarch citizens enjoy a high standard of living, and the country performs well in international rankings of education, health care, life expectancy, civil liberties, and human development. What’s more, it is a member of numerous international institutions, including Union of Constructive Nations (UCN) and Commonwealth of European Western Coast (CWEC).

The name Feyarch comes from the native word fe (sea) combined with the Greek αἰσθητός (aisthētós) and αἰσθητικός (aisthētikós, to preceive), which carries the meaning of "to perceive the sea". In the ancient, Feyarch people migrate to the coast and settle there, living by fishery and overseas trade. Instinctively, they named themselves after Feyarch, blest with the sake of mysterious sea.

Here is the lyric of the Anthem,

The mainland of Feyarch extends from the Ardennes to the English Channel and the North Sea; besides, the Republic possesses three overseas regions as departments nowadays. Feyarch covers 50,938 square kilometers and has a population of 7,012,000 million. The capital in Muspeu (49°53′31″N 2°17′56″E), which is the nation’s largest city and the main cultural and commercial center, is located in the northern regions.

Mainland of Feyarch is situated mostly between latitudes 41° and 51° N, and longitudes 6° W and 10° E, on the western edge of Europe, and thus lies within the northern temperate zone.

From northeast to southwest, Feyarch shares borders with Belgium, Lunxembourg, German and Switzerland.

The territory of the Republic is composed of:

Feyarch possesses four overseas regions, which are mentioned above. Though overseas regions enjoy the same status as metropolitan departments, they are governed autonomously.

New Halcyone is a single island among the Greater Antilles. It covers a comparatively larger area about 8959 sq km2 than other overseas regions. It has a population of over 440,000.

Hyviece Ville, meaning the City of Liberty, is a modern municipality. It is divided into four islands and covers an area of 22 sq km2.

San Andrette is an overseas region on the western Alantic Ocean, which consists of three islands, Los Santos, San Fierro and Las Venturas. San Andrette is a poverty-ridden region with high crime.

Vivility, an overseas region composed of several islands, is located in the Gulf of Mexico. It is a tropically oceanic region of disparity between the rich and the poverty. It has its promoting tourism of Vivilitian Beach and surrounding touring service. 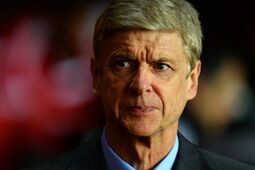 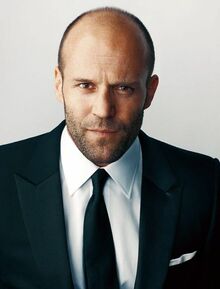 Here is the preface,

WE, people of Feyarch, who live on this loved motherland, are united of our own accord to form a perfect Republic and establish the Constitution of Feyarch Republic, in order to jointly realize the ideal of guard of national security, pursuits of equality between people, happiness and the blessing of liberty, providing with the public utilities and welfare, and maintenance of world peace and order.

The Feyarch Armed Force (Forcez d'Amierez de Feyarch) are the military and paramilitary forces of France, under supreme commander of the Feyarch president. They are among the largest armed forces in the world. The armed forces consist of the Feyarch Terre Army (Armierez Terrestez), the Feyarch Navy (Naviere), the Feyarch Air Forces (Forcez Aieriez), and the Feyarch Medical Service (Servicez Médicux). The administration and operation of armed forces is under the purview of the Ministry of Defense and National Security.

There are also military police forces that serve as a law enforcement and military operation, which are separately attached to the Ministry of Defense and National Security and the Ministry of Interior.

Nowadays, the education system in Feyarch is centralized, which is composed of three stages, primary education, secondary education, and higher education.

According to the Law of Education, primary and secondary education are predominantly public and mandatory, run by the Ministry of Education.

Secondary high schools can take literal arts (reinconfucition), science (rousession) or technic (ponétechnicu) as an elective course, which depends on their own career plans.

Most of Feyarchian literature is in the Feyarchian language, including Old Feyarchian and overseas dialects. Foe the time being, over 200,000 books have been published in other languages, such as English, German, Spanish and so on.

It is generally believed that Goillis Hervant is the originator of Feyarchian literature and one of the greatest litterateurs.

During Classical (1750–1830) and early Romantic eras (1804–1910), several prominent composers distinguished themselves in music. Etruard Galois, who is hailed as Angel of Music, composed his 9 symphonies and scores of compositions in other musical forms. His career of music was begun with Symphony No.1 in A Major, Cupid, and ended with series of pesante compositions in late period by his death.

The Super League is a Feyarchian professional league for men's association football clubs. At the top of the English football league system, it is the country's primary football competition. Contested by 16 football clubs, it operates on a system of promotion and relegation with the Football League.